Mongolia is not all about Genghis Khan. The country has some natural wonders that make it magnificent.

Mongolia is the second-largest landlocked country in the world, and its stunning landscapes make up for its lack of seas. A quick review of history tells anyone of the country’s nomadic past, which, later on, developed into an empire established by Genghis Khan. It’s common knowledge that the Mongol Empire was the largest contiguous empire in history, so it’s surprising that the republic’s tourism is yet to boom.

Mongolia is among the least densely populated countries in the world, with some of its landscapes untouched. That alone should make this Asian nation a part of anyone’s travel list. The photos of its grassland, desert, and waterways look stunning — more so when explored in person. In Mongolia, the nomadic lifestyle is enticing.

Probably Mongolia’s most famous attraction, the Gobi Desert is a top priority when visiting the country. Not all deserts are scalding hot as the Gobi is known for its cold temperature, and it snows here during winter. This makes it ideal for quick treks or maybe a horse or camel ride. Surrounded by magnificent views, tourists will enjoy being under the sun. The Gobi is perfect for those who want to log off and feel like a nomad for once. When touring around, some critters might even say hi, like sand plovers. It’s always a good day in the Gobi. 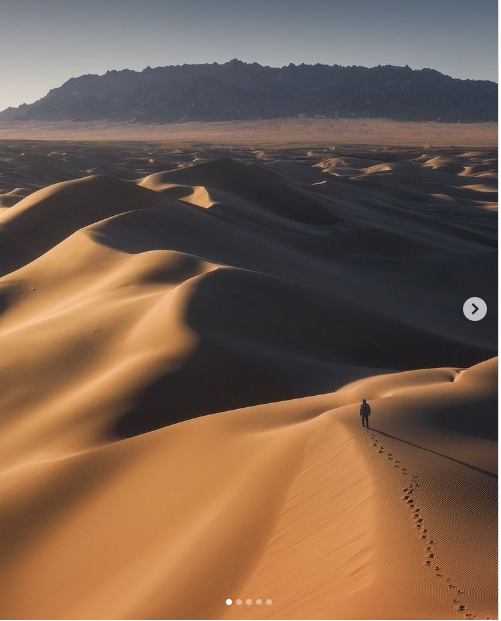 Gobi Gurvansaikhan is Mongolia’s largest national park, making it one big playground for outdoor enthusiasts. It’s located in the northern part of the Gobi and is home to the Gurvan Saikhan Mountains, hence its name. The park is famous for the dunes of Khongoryn Els, nicknamed the Singing Sands, because of the sound it makes during strong winds. Another popular attraction is the Yolyn Am, a gorge most stunning during winter when it’s filled with ice. Whatever the season, though, Mongolia is the place to be. 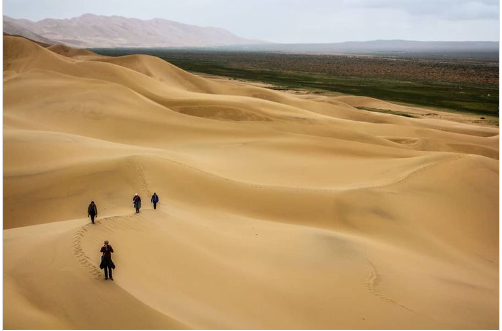 The Lakes Are Inviting

The country might be landlocked, but it doesn’t mean Mongolia is missing stunning waterways. It has stunning lakes scattered in its mountain regions. The largest is the Uvs, with its basin listed as a UNESCO World Heritage Site. The country is also home to one of the world’s ancient lakes, the Hovsgol. Another famous lake is the Khar Us, also known as the Black Water Lake. Birdwatchers, meanwhile, might be interested in visiting Uureg Lake, the hangout spot of waterfowls, pelicans, and peacocks. The lakes are waiting for their eager visitors. 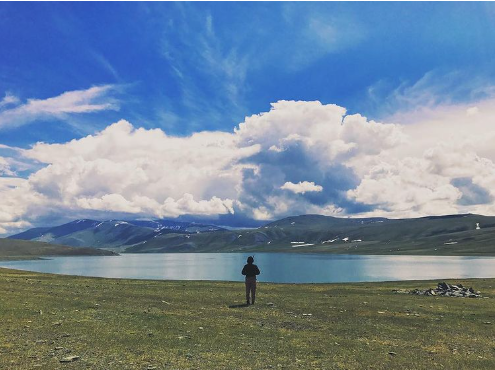 The Rivers Are Relaxing

As with its lakes, Mongolia is also proud of its flowing rivers. The 700-mile Orkhon is the longest in the country and is a favorite recreational spot, together with its valley. Another popular attraction is the Selenge, known for its river delta, where the Baikal sturgeons spawn. Other rivers to check out include the Egiin Gol and its archaeological sites and the Ider with its old wooden bridge. The rivers look good, so it’s never an issue that Mongolia is landlocked. 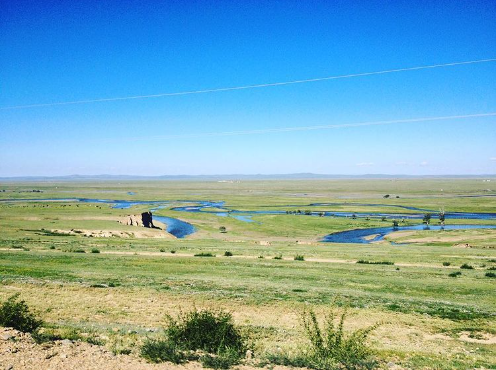 The previously mentioned Orkhon River is part of a wide valley recognized as a World Heritage Site. The area is praised for its landscape and archaeological remains, but there’s one other feature that should not be overlooked: the Orkhon Waterfall. The 65-feet Orkhon Waterfall is the country’s largest, and a tourist favorite, thanks to its humble yet awe-inspiring cascades surrounded by inspiring views. Swimming is okay, too, thanks to the calming waters. From the river to the falls, Orkhon knows how to impress. 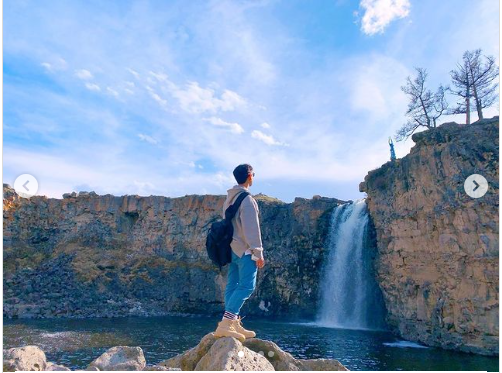 The Mountains Are Stunning And Sacred

After enjoying the fine waters of Mongolia, tourists should explore the mountains next. The Mongolian backcountry offers hikers the challenge they need, thanks to its rugged beauty and untouched landscapes. Khüiten is the country’s highest peak, located in the massif of Tavan Bogd. Another famous mountain is Burkhan Khaldun, believed to be the birthplace of Genghis Khan. This World Heritage Site is not just historically significant but also a location of some religious shrines. It’s home to taiga forests where cranes and eagles thrive. The mountains of Mongolia are not only brimming with wildlife but history and culture as well. 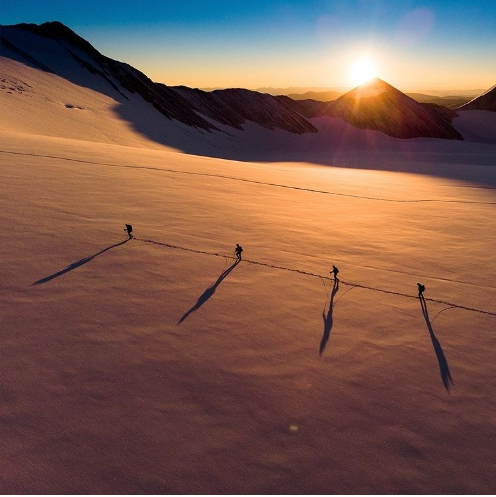 Another picturesque national park is the Khustain Nuruu. It’s home to the Khentii Mountains, believed to be the resting place of Genghis Khan. Its steppe is so wide it’s like a stage where Mother Nature’s wonders can be best viewed. The location of Genghis Khan’s tomb remains a mystery but in Khustain Nuruu, what’s certain is wildlife viewing. It is, after all, the last natural home of the Mongolian wild horse, alongside deer, gazelles, badgers, wolves, and lynxes. It’s really where the wild things are. 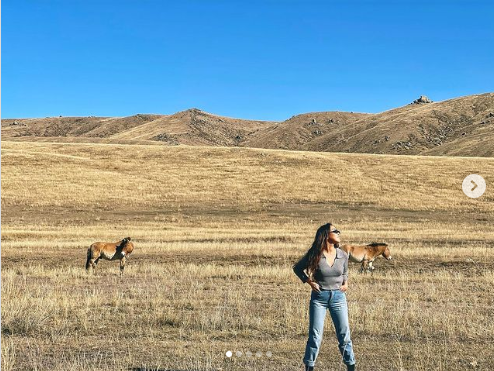 The Flaming Cliffs are famous for the sandstone formation that looks stunning at sunset, but the landmark is world-renowned for its fossils. The Djadochta Formation is so rich in archaeological wonders that fossils of dinosaur eggs were discovered here. Other known fossils spotted in the area include that of a velociraptor, pinacosaurus, and protoceratops. However, even non-archeology lovers will enjoy visiting the place because the view of the cliffs surrounded by the wide Gobi is stunning on its own. The site of Flaming Cliffs is truly hot. 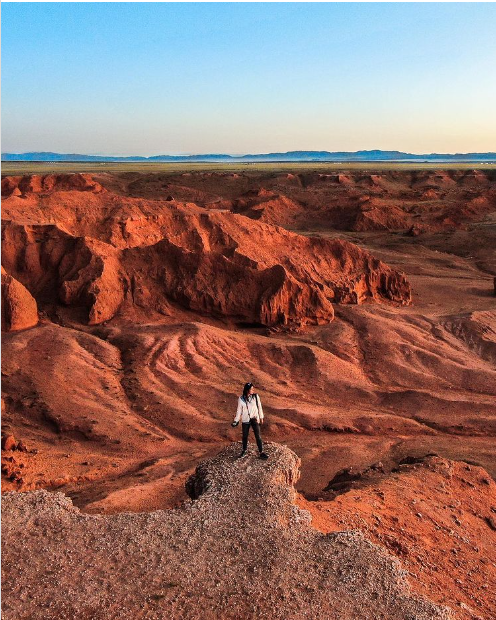 Another stunning Mongolian national park is Khorgo-Terkhiin Tsagaan Nuur, famous for the extinct Khorgo volcano and the Terkhiin Tsagaan Lake, hence the name. It’s a mix of a pristine waterway and a lush inland, making it an outdoorsman’s office. Aside from hiking, horseback riding is also a popular recreational activity in the park. Birders can busy themselves recording cormorants and waterfowls. In the woods, meanwhile, wildlife watchers can spot deer, goats, and maybe a wild bear. The park looks good the more it is explored. 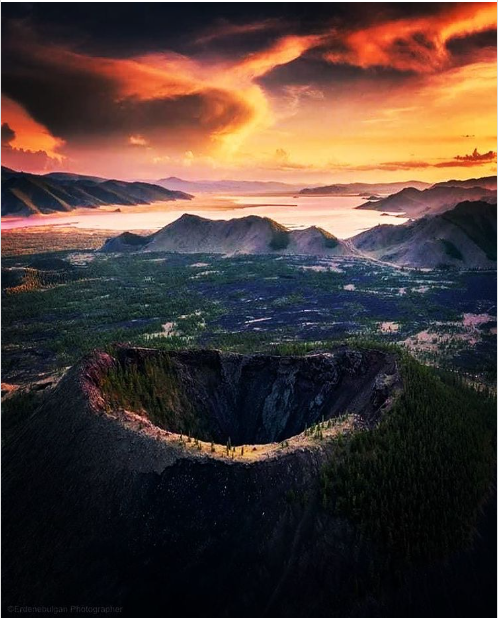 Aside from its wildlife species like Beech martens, sheep, deer, ibex, moose, snow cocks, and golden eagles, the national park of Altai Tavan Bogd is unique because of its petroglyphs. The 12,000-year-old archaeological wonder is listed as a World Heritage Site and offers a unique travel experience. The park is home to a portion of the Tavan Bogd massif and the lakes of Khurgan, Khoton, and Dayan. This protected place is a mixture of natural offerings and man-made wonders, making it the ideal spot to be with the past while exploring the present. 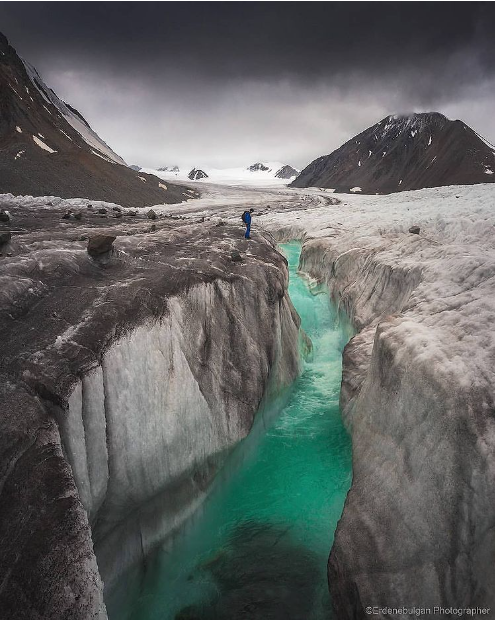